April was the month of Sexual Assault Awareness. Sexual harassment, assault, and abuse can occur in a variety of settings, including online. Harassment, cyberbullying, and sexual abuse and exploitation have long been seen as normal and unavoidable online activities. 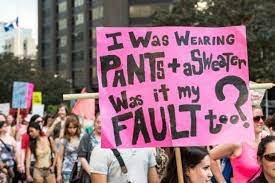 To kick off the pioneer interview of ‘Let's Hear Your Story’, I got to talk to M (who requested animosity), who recounted her experience and feelings in order to take control of her narrative on sexual assault. She speaks about how it has affected her life and gives strength to others who have made to feel less than. Always keep in mind: It is never your fault.

How old are you and where do you live ?
I am 20 years old and live in New York State within the United States

How old were you when you got SA’d?

I have been SA’d multiple times, the first was when I was 16 and the last occurred within the last few months

Was it by someone close to you (relative, partner, friend)?

I will answer regarding the first time I was SA’d. yes, it was someone I was close with and knew pretty well.

Was it one time or a repeated action?

At that point were you aware you were being assaulted?

At that point I was not aware I was being assaulted. I didn’t know, I thought since it was someone I knew it was ok and even normal

I would not like to recount my experience. However I will say that when I found out what had actually been occurring and fully understood it, I felt a lot of negative emotions towards myself. It’s taken years to process and my body and mind are still healing

What was your immediate reaction and immediate consequence?

My immediate reaction when I was in the situation was to be scared, but I was reassured by my manipulator. I didn’t see a ‘consequence’ at the time, but I know now that I have some left over from that experience, imprinted on my body and mind

What would you say is a long term effect of the incident? (Hypersexuality etc)

Long term effect would be sexual trauma, hyper sexuality, anxiety, triggers, and many other things. It’s hard for me to trust people

How has it affected your relationship with people romantically/sexually?

100% affects my relationship with people. I have to tell my friends my triggers, and I have a safe person who knows everything in order to help me calm down or get in control of my body if I am triggered and not coherent. I usually don’t go many places alone, so I have a small, trusted circle. It has been extremely hard for me to navigate romantic or sexual relationships now, and I haven’t yet successfully done well at communicating what’s happened to partners

Have you been ever made to feel guilty about the incident?

I have felt guilty about the incident, and have been made to feel guilty. I think mostly though I put the pressure on me because I didn’t understand what was happening, so I blame myself a lot. I’m still working on undoing that.

Are you still in contact with this person/does this person still appear in your life ?

I no longer have contact with this person or have them in my life. This is for my own mental well being.

What is one thing you wish had happened at that point in time ?

One thing I wish had happened at that time is that I had been educated. I wish I knew what sexual assault was, and that someone had talked to me about it

What do you think people should know concerning SA?

Something I wish people knew about SA was that it can happen to anyone, anywhere. Whether while in a relationship and with your partner, while you’re single, while you’re out partying or studying somewhere. It is NEVER your fault. Be sensitive, as most people around you have experienced this. I know a lot of people who see me don’t know my experiences, so be kind and stand up for yourself and others. 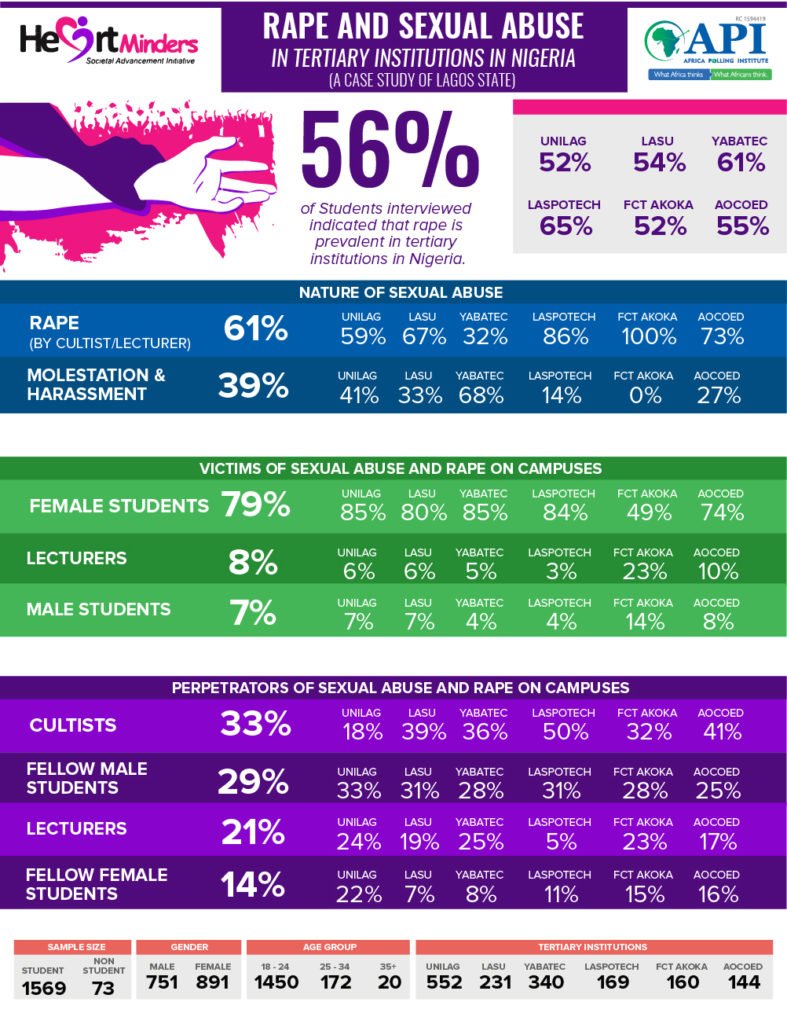 With current efforts in the country against rape and other types of sexual abuse, the government must rise to the occasion and address the issue. Apart from the establishment of sex offenders registers, which is commendable but technically inadequate in the absence of a national database collecting information on every person and a national criminal record system. Second, in certain circumstances, the police's handling of reported rape cases has deterred many victims of rape from coming forward. If such instances are brought to court, they must be heard quickly in order to restore victims' faith in the justice system. If rapists are apprehended, prosecuted, and imprisoned in a timely manner, it can deter criminals.

sexual assault april awareness survivor may
INSIDE MY HEAD
Comments