Defrauding of The Dead 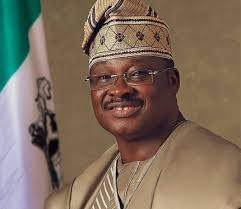 In his final days, Abiola Ajimobi, former Oyo State Governor, who died Thursday following complications in the Coronavirus at the First Cardiology Hospital in Lagos, had been fully charged with N50 m defrauding.

Ajimobi was rushed into the hospital weeks ago, following a significant decline in his health. He soon fell into a deep coma from which he never recovered until he died on Thursday.

At that time, doctors were struggling in the hospital in Lagos to help save his life. Family members desperately tried to keep him alive, reaching out to a few Nigerians who knew outside to help him get a large amount of reemivir.

The antiviral drug, developed in Bangladesh, has been previously tested for humans with Ebola Virus and is a success in the treatment of coronavirus-caused severe acute respiratory syndromes (SARS).

First, a Nigerian in Texas, United States, was assigned the task of searching for the drug to determine if he could help.

Following several days of contact with the 'mission' of several trusted individuals, he stopped looking, as strict US government control of the drug almost prevented its removal from hospitals.

A Nigerian told him that he had the sum of Remivir needed to treat the former Governor of Oyo and to save his life.

A jet and N50 m were then shipped for purchase and delivery to the Asian country, but unfortunately, the drugs procured by the Nigerian man were all false.

He took a large part of the money to the Lagos hospital, where he was on a life-support machine for about one week before he eventually died. He left the former governor to struggle for his life.

The frustration with the development contributed to the grief of those who died on Thursday at 70 years of age close to the former governor.