Beyoncé is back in action. Queen Bey has now released Renaissance, her most recent solo album, six years after releasing Lemonade. The 16-track album, which is the first part of a "three act project," features songs by Jay-Z, Skrillex, 070 Shake, The-Dream, Drake, and others. Its lead single is "Break My Soul." Two songs on the mainly unremarkable album include guest vocalists: Beam, a reggae musician with Jamaican and Miami roots, performs on "Energy," and Tems and Grace Jones contribute vocals to "Move."

Almost three years in the works, Renaissance was recorded over the course of the pandemic. “Creating this album allowed me a place to dream and to find escape during a scary time for the world,” she said in press materials. “It allowed me to feel free and adventurous in a time when little else was moving. My intention was to create a safe place, a place without judgment. A place to be free of perfectionism and overthinking. A place to scream, release, feel freedom. It was a beautiful journey of exploration.”

The album leaked two days before its scheduled release. Beyoncé thanked her fans for their patience in a statement she released just before the album's formal release.“So, the album leaked, and you all actually waited until the proper release time so you can all enjoy it together,” she wrote. “I’ve never seen anything like it. I can’t thank y’all enough for your love and protection. I appreciate you for calling out anyone that was trying to sneak into the club early. It means the world to me. Thank you for your unwavering support. Thank you for being patient. We are going to take our time and enjoy the music. I will continue to give you all my all and do my best to bring you joy. I love you deep.” 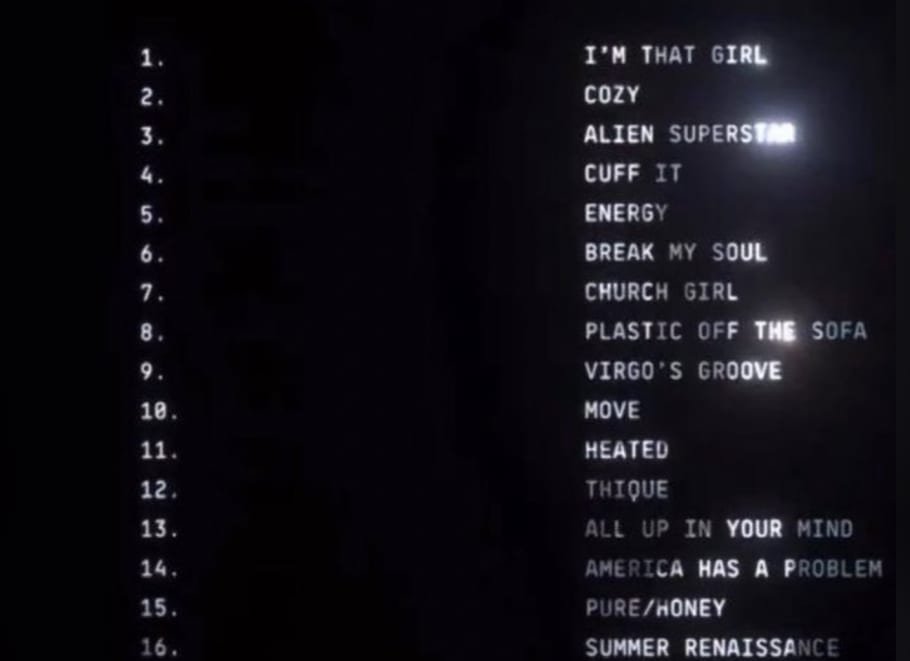