Following racist outrage from trolls on Twitter against lead actress Halle Bailey, The Little Mermaid has amassed over 1.5 million dislikes on YouTube.

YouTube has disabled the hate counter on the official teaser after it got over a million negative comments, making it impossible for users to know how many negative comments the movie's trailer has received. (For those who wanted to check. 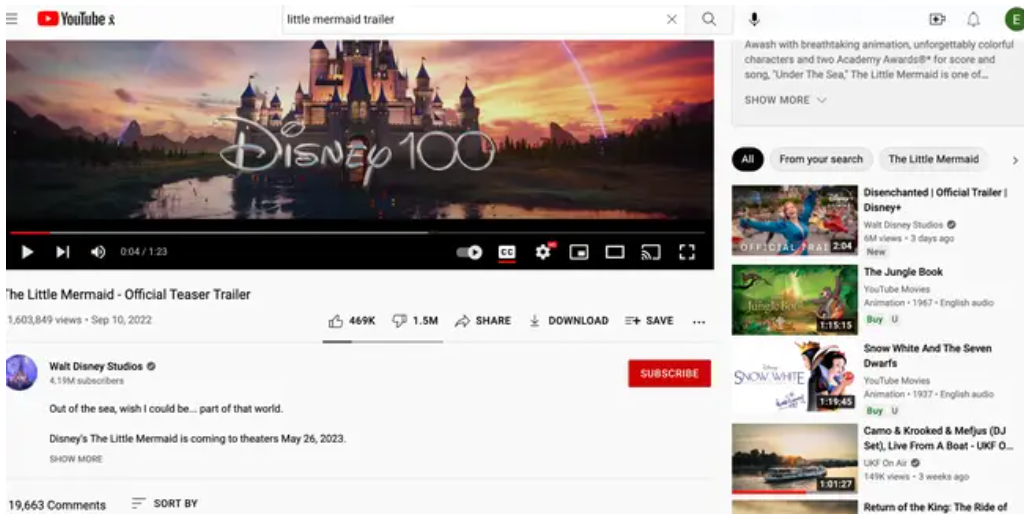 When the eagerly awaited live-action version of The Little Mermaid teaser debuted, it won the hearts of many loyal Disney fans. However, after two days, the movie's excitement died because of trolls who utilized Twitter for online racial assaults.

Until Princess Jasmine, Disney never had any colored princesses in their franchise. The first black princess being Tiana. So I believe the uproar against Halle as the little mermaid is unneeded. Many reviewers have criticized Disney for their graphics and pointed out that the princess doesn't appear underwater. In contrast, others have charged Halle and the director Rob Marshall for choosing the actress.

The backlash has been widespread since Disney revealed that Halle will portray the Disney princess in the remake. Since Halle Bailey is a black woman and the animated figure Ariel in the 1989 film looks to be white, many of the internet criticisms have a racist undertone.

Trolls have continued to criticize the actress despite the 22-year-extraordinary old's skill and the insignificance of Ariel's skin tone. If we're being honest, no matter how hard we try, no one will forget that Ariel was once white; let's just relax and enjoy the representation.

if Medusa was recast as black, would that be a problem?