Lili Reinhart spoke out the day after the Met Gala about celebrities who had to diet to get into their outfits for the occasion.

"To walk on a red carpet and do an interview where you say how starving you are...because you haven't eaten carbs in the last month...all to fit in a f***ing dress?" Reinhart expressed herself on Instagram. "So wrong. So f***ed on 100s of levels." 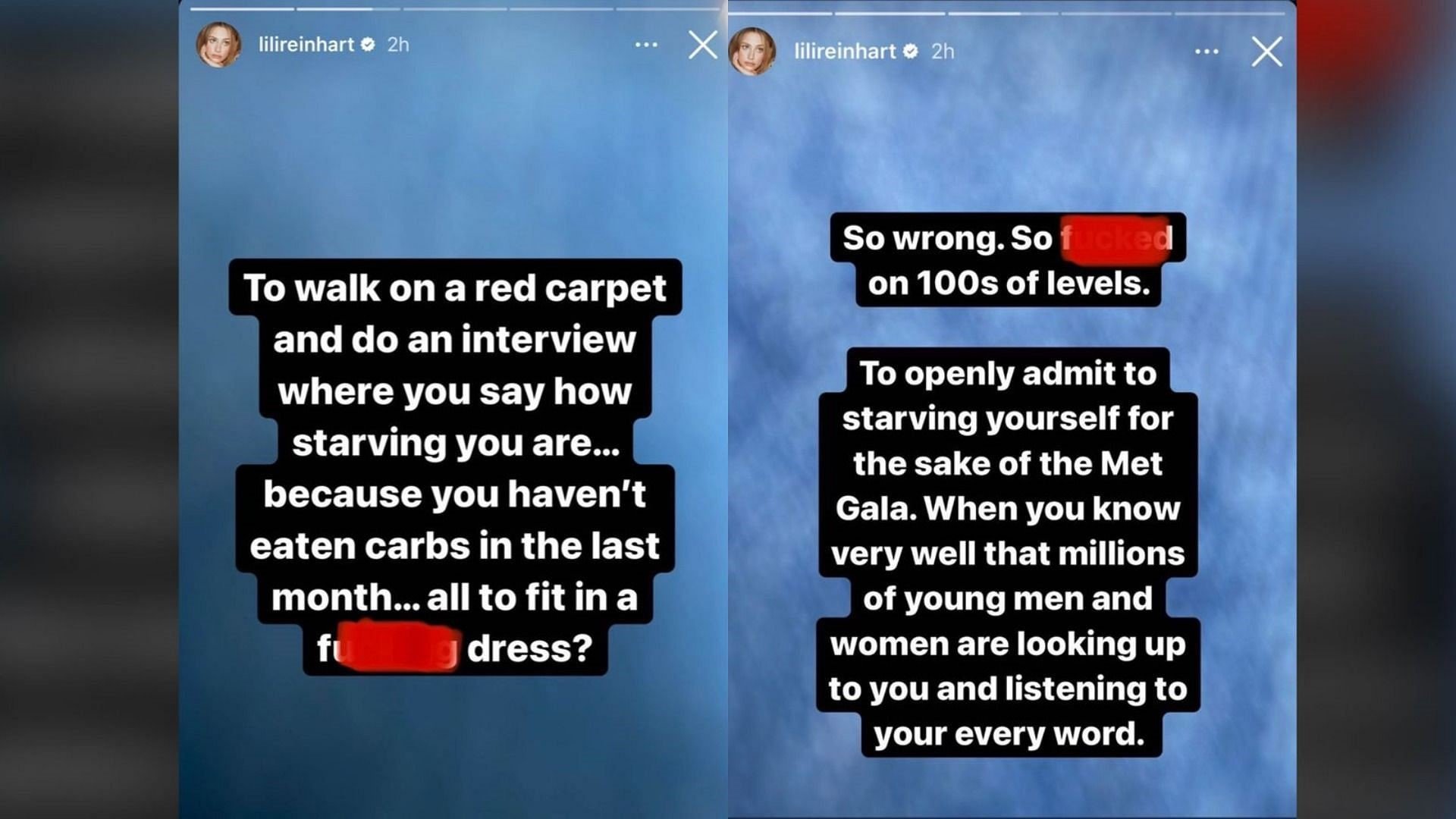 "To openly admit to starving yourself for the sake of the Met Gala," she went on to say. "When you know very well that millions of young men and women are looking up to you and listening to your every word. The ignorance is other-worldly and disgusting."

Many assumed the "Riverdale" actress was referring to Kim Kardashian, who recently spoke about crash dieting for three weeks and losing 16 pounds to fit into the outfit Marilyn Monroe wore when she sang "Happy Birthday" to then-President John F. Kennedy in 1962.

"I would wear a sauna suit twice a day, run on the treadmill, completely cut out all sugar and all carbs, and just eat the cleanest veggies and protein," Kardashian told Vogue. "I didn't starve myself, but I was so strict."

"Please stop supporting these stupid, harmful celebrities whose entire image revolves around their bodies," she said. "I am not generally an angry person but I swear to god, the toxicity of this industry really gets to me sometimes and I have to do my little Instagram-Story rants to release my rage."

kim lili riverdale MET gala body positivity
KANYE VS PETE .... AGAIN
There is No Kylie Without Kim
SOME NEW FACES ARE COMING TO TOWN ON "RIVERDALE" SEASON 5
Comments