Top Thrillers and Mysteries Recommendations For The Summer of 2022

Relaxation, sunshine, and of course a good book are all necessities of summer. Want to make your heart beat faster? Some of the best recent thrillers and mysteries on the market will do the trick.
This varied collection of books has something for everyone, whether you're searching for something mildly frightening or completely terrifying: YA and adult, psychological thrillers, classic slasher stories, unnerving supernatural mysteries, and page-turning whodunits. Your choice! Just be aware that you won't be able to finish it till you put it down (according to reviews anyway)
How's that for summer travel? Masterfully wicked authors like Silvia Moreno-Garcia and Jennifer Lynn Barnes will take you to various worlds, including the Bronx, haunted houses, and summer camp. 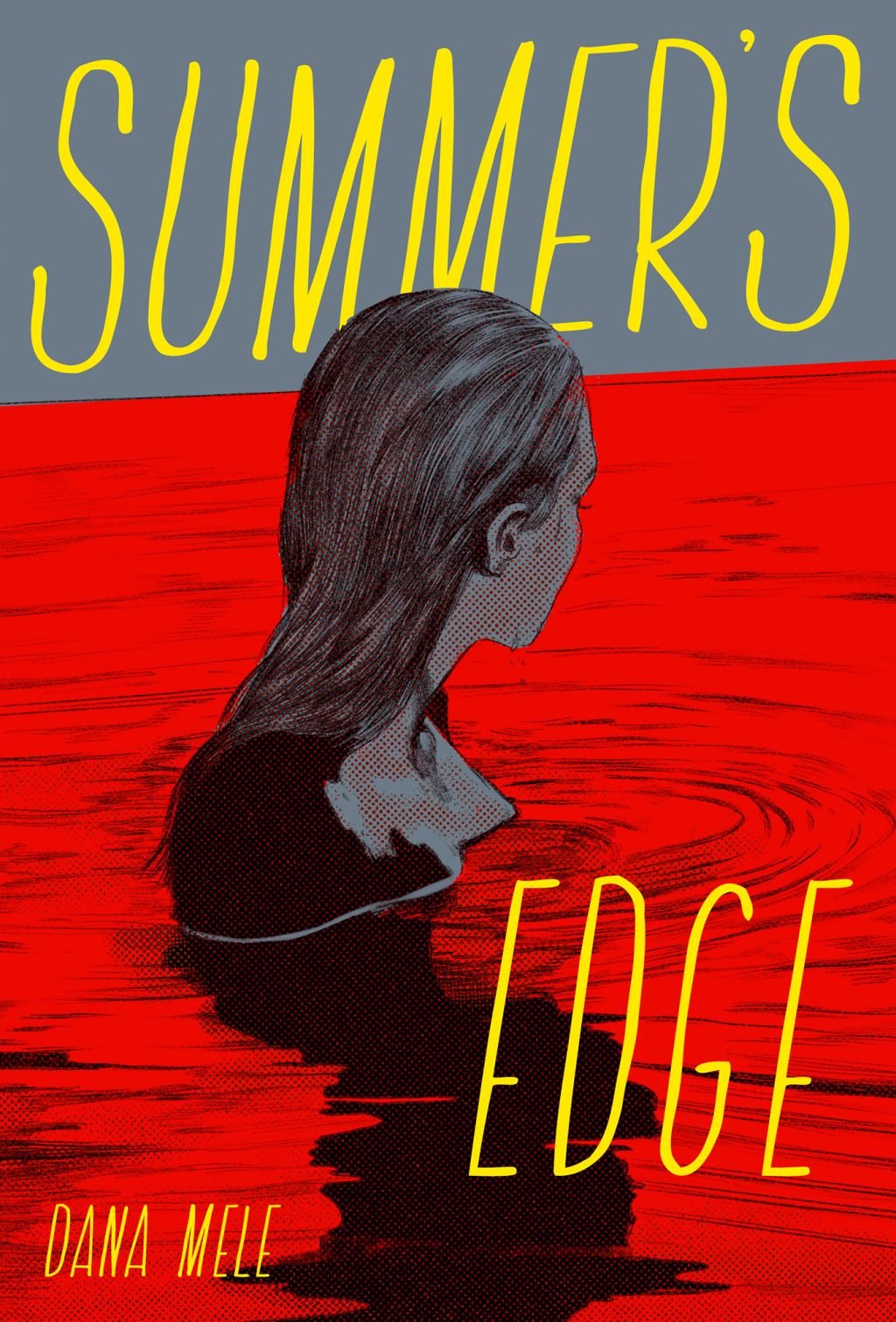 Young adult author Dana Mele's second book, Summer's Edge, has been compared to a cross between I Know What You Did Last Summer and The Haunting of Hill House. It follows the reunion of four friends a year after the tragic death of one of their once-inseparable group. An unintentional fire in the summer lake house claimed Emily's life. However, it becomes clear that Emily's death wasn't really an accident when the four remaining friends visit the lake house, which has been restored, and that the person responsible is inside the house seeking vengeance.

The It Girl by Ruth Ware 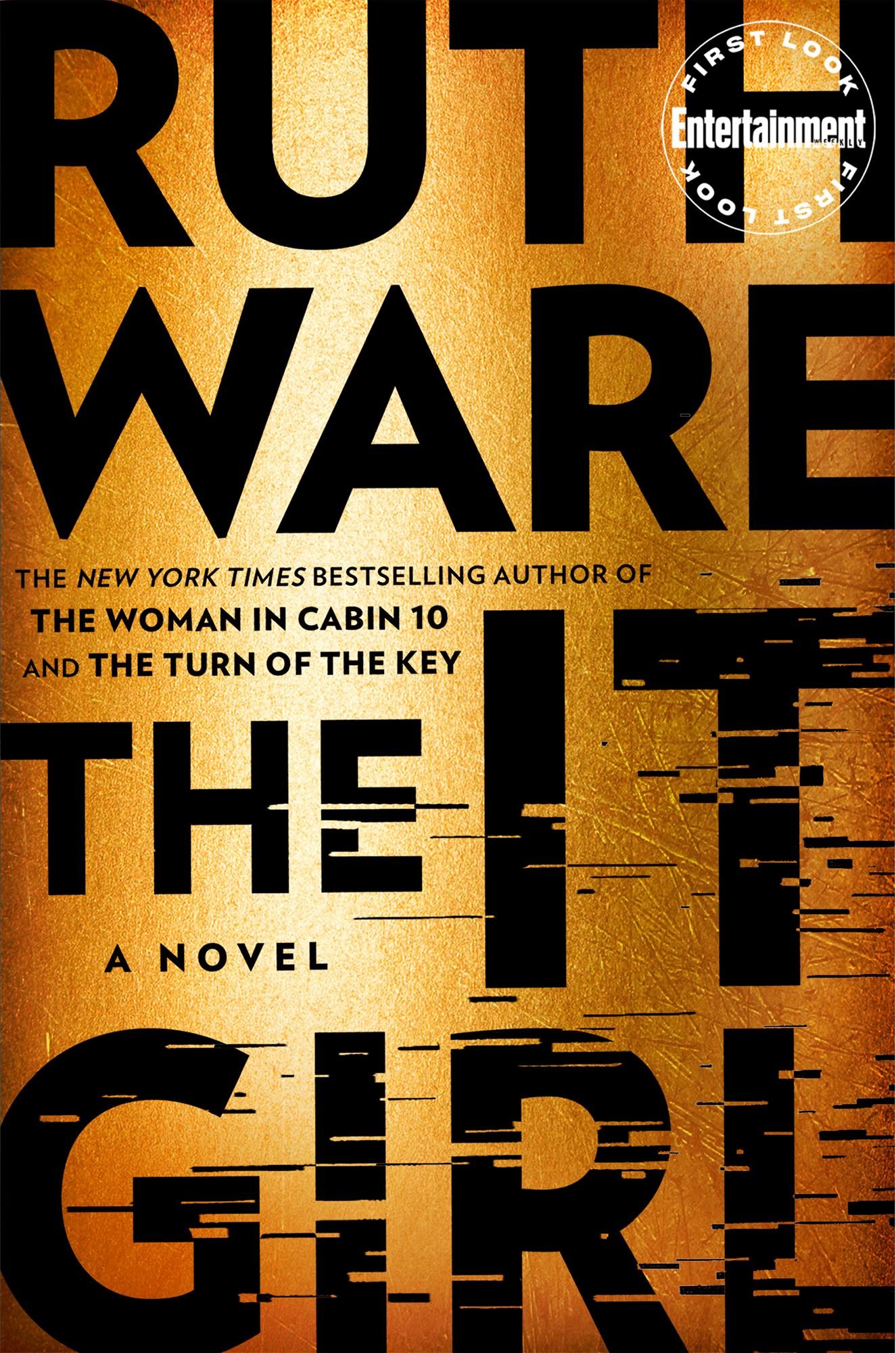 The new novel by author Ruth Ware shows why she is deserving of the moniker "the Agatha Christie of our day." At Oxford, April Clarke-Cliveden was the "it" girl. It stung more when April was killed by the end of their freshman year because she had made an imprint on school and on the lives of her friends, particularly Hannah Jones. A writer calls Hannah ten years after April was killed with fresh information that appears to show the guy convicted of her murder was actually innocent, and her close-knit group of college pals may be more responsible than she originally believed.

The Island by Adrian McKinty 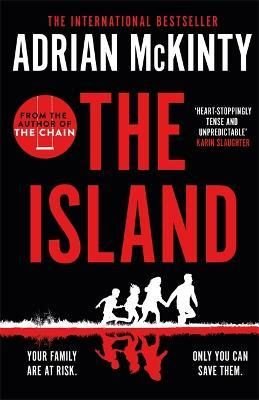 The Island by Adrian McKinty has already been considered for a Hulu Original Series, making it the ideal excuse for you to read the book. The plot of this thriller revolves around a family trip that turns into a nightmare. According to the synopsis, "After a tragic accident, a young wife with her new husband and his two children find themselves being hunted by locals in harsh bushland. Her children don't trust her, her husband doesn't truly believe in her, and the villagers want to kill her. However, Heather has been misunderstood for the majority of her life. She is aware of her ability to reunite this family and become the mother her kids need, even if it means doing terrible things to keep them all alive.

The Paris Apartment by Lucy Foley 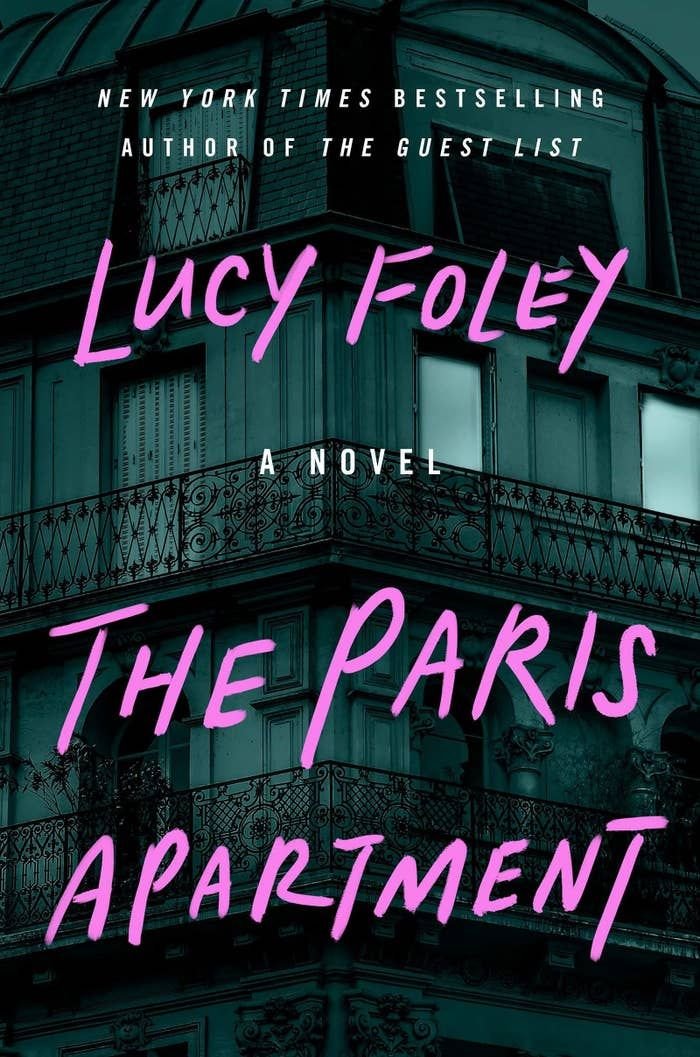 The Paris Apartment by Lucy Foley is ideal for viewers of Hulu's Only Murders in the Building. It tells the story of Jess, a young woman looking for a new beginning. She makes the decision to temporarily go to Paris and stay with her half-brother Ben, who already resides in the City of Light, in order to experience a change of environment. Ben is not present when she gets to his place in Paris, though. Ben is still missing after several days, and Jess begins to think that the people she is questioning are not Ben's neighbors but rather suspects in his disappearance.

One of Us Is Lying by Karen M McManus 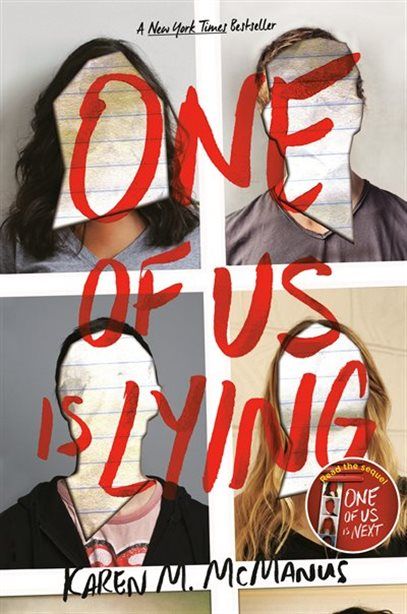 If you think you were going to go through this list without seeing this book, you are definitely new to this blog. Five Bayview High students enter detention on a Monday afternoon.The smart one, Bronwyn, is committed to Yale and a rule-follower.The picture-perfect homecoming princess is Addy, the beauty.For dealing, Nate the criminal is already on probation.Baseball pitcher Cooper is an all-star athlete.Additionally, the legendary Bayview High gossip app was made by the outcast Simon.

Simon, however, never manages to leave that classroom. Simon has passed away before the incarceration is through. Investigators have concluded that his death wasn't an accident. It happened on Monday. However, he had planned to share intriguing information about each of his four well-known classmates on Tuesday, making them all suspects in his death. Or are they the ideal pawns for a murderer who is still at large?

The first in a series of three ; One of Us Is Next and One of Us Is Back (2023), is a definitely a book you should engage in. Even though the series is out on Netflix, only the baddest read books first.

A Good Girl's Guide To Murder by Holly Jackson 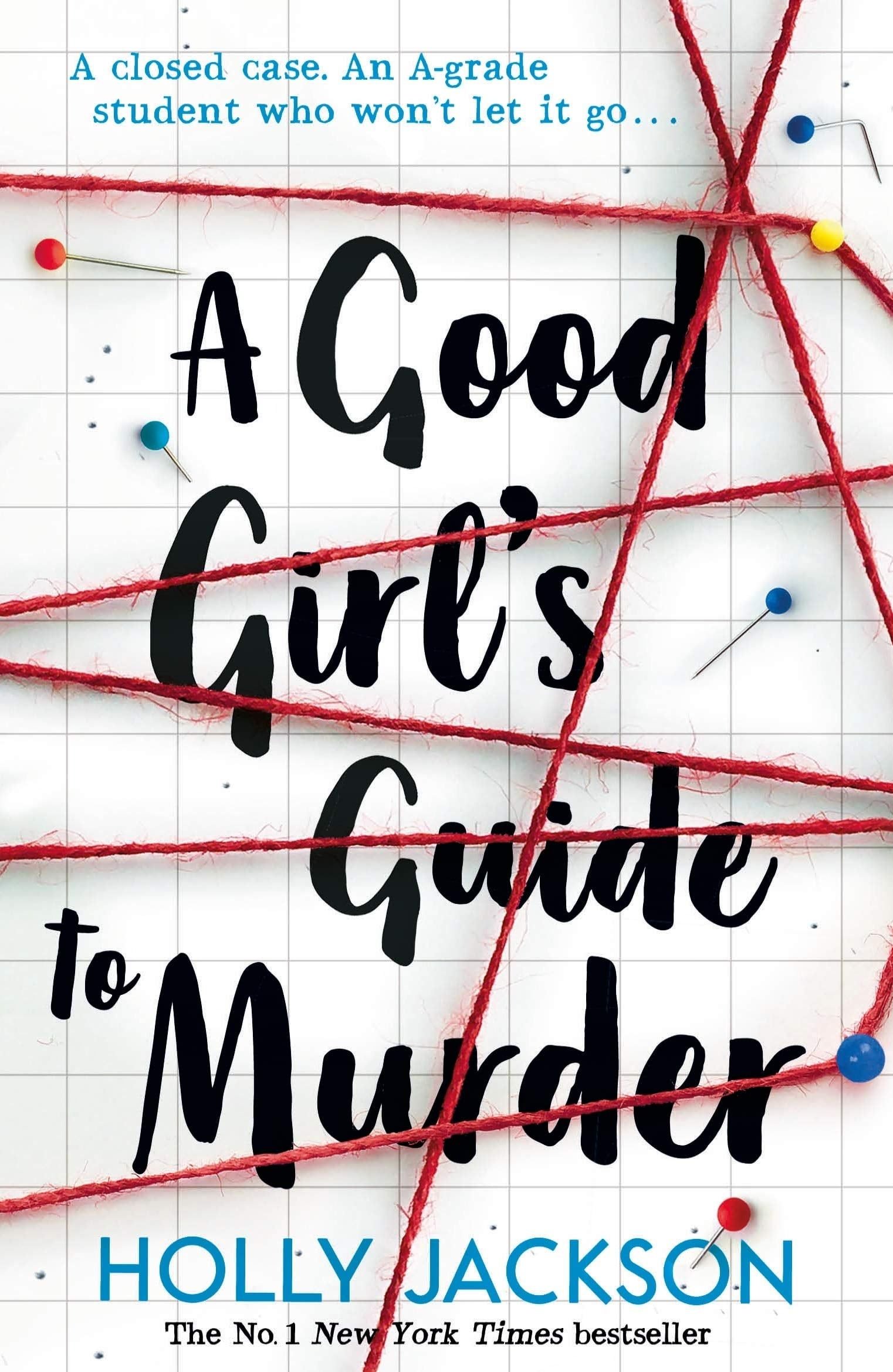 The investigation is finished. Schoolgirl Andie Bell was killed by Sal Singh five years ago. He committed it, and the cops are aware of it. He did it, and everyone in town knows it.
Pippa Fitz-Amobi, who grew up in the same little village that was devastated by the murder, isn't so sure. She begins to learn truths that someone in the community urgently wants to keep concealed when she selects the case as the subject for her senior year project. How far will they go to protect Pip from learning the truth if the true killer is still out there?

The Girls I've Been 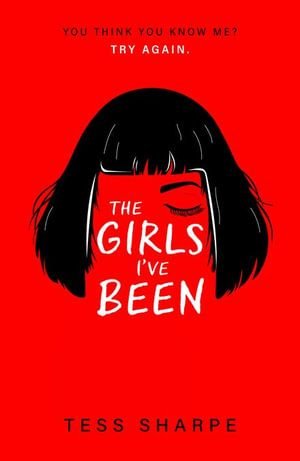 I'm being honest I'm not just packing it with books I love.

Nora has been many different girls. She grew up as the protégé of her mother, a con artist who preys on criminal guys. Nora, however, manages to get away when her mother succumbed to the trap rather than tricking the perpetrator.Nora has been playing normal for five years. But she needs to brush up on her abilities because she faces three issues:

#1: She was caught with her girlfriend by her ex. He was unaware despite the fact that they are all friends.

#2: They all have to meet up the morning after he discovers them kissing in order to deposit the money they raised at the bank. It becomes a nightmare because:

#3: The moment they step into the bank, two men begin robbing it.