Being Black Isn't an Aesthetic 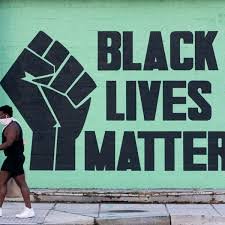 With COVID-19 and the tensions resulting from social injustices, the makeup industry has experienced a great deal of transition this year. With sales still in decline and voices seeking to be heard, over the summer, when uprisings swept over the world after George Floyd was assassinated, insiders began pushing for deep-rooted issues in both the beauty and fashion sectors. They demanded better inclusion, both internally in boardrooms and publicly in promotions and fully inclusive product releases.

Uoma Beauty 's founder, Sharon Chuter, was one of those who began calling out brands to keep them accountable for the lack of diversity in their businesses. Back in June, she launched the # PullUpOrShutUp challenge, a campaign that asked brands to share the percentage of POC workers , particularly Black, they had in the lead. Many brands (including Glossier, Ulta Makeup, Kylie Cosmetics, and more) have published their figures. Much of them were surprisingly poor. Back then, several companies took responsibility and began introducing more Black content makers to their sites in an effort to become more ethnic. The sense of solidarity campaigns like the # PullUpOrShutUp or the 15 Percent Commitment of Aurora James helped kickstart feeling good at the moment. Yet representation and inclusiveness are not topics that need to be taken lightly. And they're definitely not something that has to be done just for the sake of clout. Diversity and inclusion should be long-term, they should be infused with the identity of every brand.

So, what's left of the attempts that began in June? As Fast Business has noted, according to a recent report by Eyecue Insights, not so much.

It is important to remember, though, that doing the work goes beyond simply putting darker skin tones on Instagram. It includes Black people who get entry-level jobs at these brands, executives who make decisions, and even product production that includes any skin colour and undertone out there. When beauty companies step beyond power and success and recognize that representation is a long-term investment and something that should be second nature, true progress will follow.