What Exactly is LGBTQ+

Many persons in the LGBTQ community might refer to themselves differently. Some of us use the word "queer" or "LGBT" and the word "LGBTQ+." All of them have significant significances.

The phrases we use have a long history and it is vital to grasp the significance behind each letter so that you include the different identities that build and define the community.

"LGBT" means the lesbian, gay, bisexual and transgender. It developed from the word "gay community," used in the fifties and sixties before the word GLB came into being to include lesbians and bisexuals who believed that "gays" did not contain any other identity.

By the end of the 1990s activist organisations, including the LGBT and the GLBT, were discussed because several people argued that the GLB community should be confined to sexual identity and not to gender identity.

However the T stays where it should be, as trans revolutionaries have been in the forefront of fighting for rights and recognition in the community for a long time. Trans women of colors such as Marsha P. Johnson and Sylvia Rivera, for example, had a role in the Stonewall riots, termed the LGBTQ's origin today.

The LGBT initialism is added Q (i.e. "queer" and in certain cases "questioning"), I (i.e. intersex people), and A (asexual).

The LGBTQ acronym has been developed as the accepted practice for community reference by GLAAD and other prominent journalistic guides. It's crucial, though, to listen to and recognize people of the community. Although "queer" may be a fine parable for some, others may not enjoy the word as an insult to LGBTQ people because of its history. 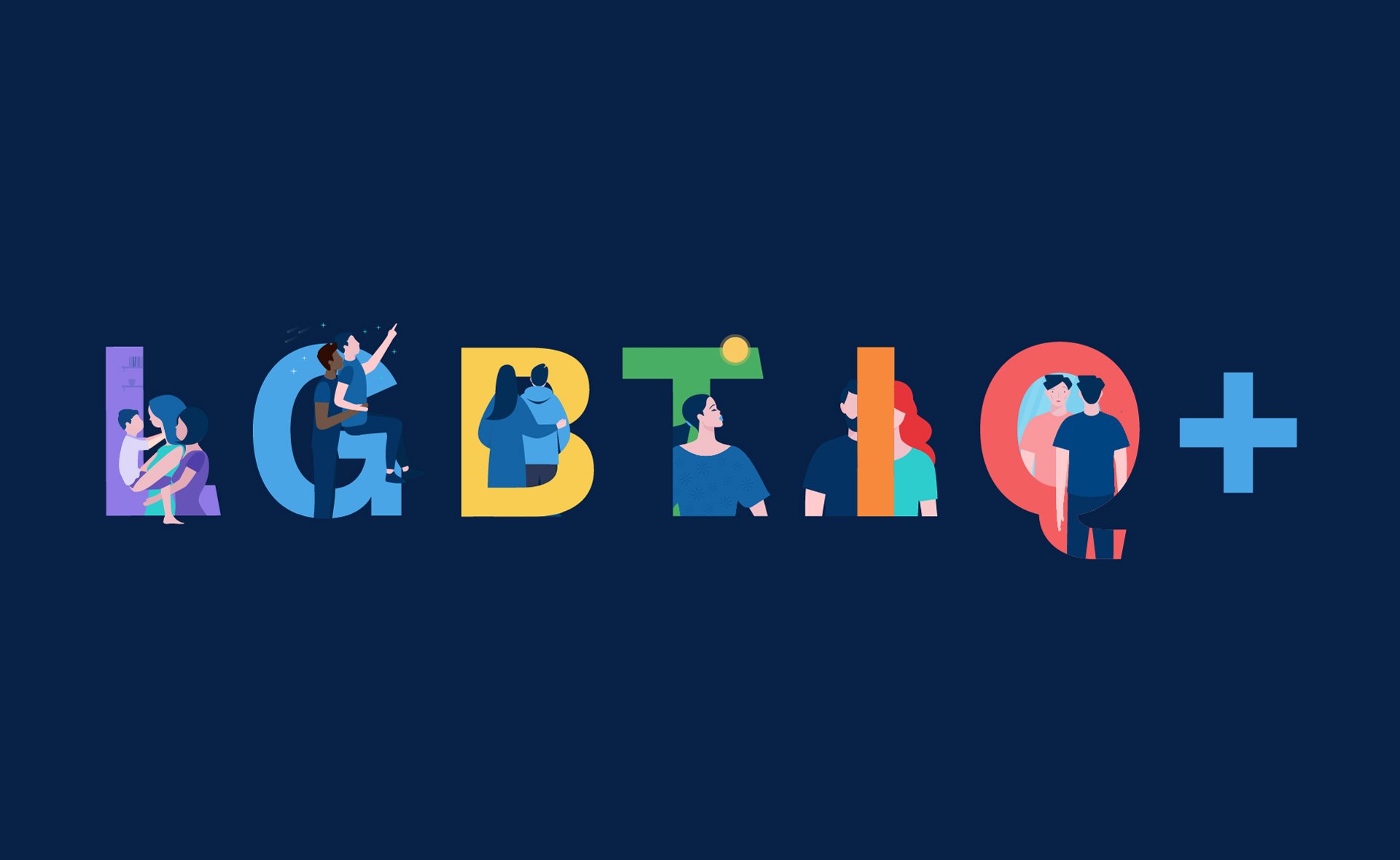 There are so many additional words that you should know. Continue to read a glossary of phrases frequently used both in and outside LGBTQ:

Asexual: A person is asexual when they "do not experience sexual attraction or an intrinsic desire to have sexual relationships."

Bisexual: Someone who is attracted to more than one gender.

Cisgender: Identifying with the gender you were assigned at birth.

Gay: An adjective used to describe "people whose enduring physical, romantic, and/or emotional attractions are to people of the same sex."

Gender: This "refers to the characteristics of women, men, girls and boys that are socially constructed."

Gender Identity: Gender identity is different that gender as it is "one's innermost concept of self as male, female, a blend of both or neither," According to the Human Rights Campaign. It is "how individuals perceive themselves and what they call themselves. One's gender identity can be the same or different from their sex assigned at birth."

Lesbian: A woman who is attracted to other women.

LGBTQ: An acronym that stands for lesbian, gay, bisexual, and transgender, with the "Q" often meaning either "queer" or "questioning."

Intersex: This is "an umbrella term describing people born with reproductive or sexual anatomy and/or a chromosome pattern that can't be classified as typically male or female."

Non-Binary: Someone whose gender is not male nor female or, is a blend of both.

Pansexual: A person attracted to all genders. Sex: A label assigned by your doctor at birth based on your genitals.

Transgender: Someone who identifies differently than how they were assigned at birth.

Queer: This is "an adjective used by some people, particularly younger people, whose sexual orientation is not exclusively heterosexual."

Naturally, my advise is to call them what they want, but if you need a general phrase and you are away from the group, stick to LGBTQ until someone asks differently.