W.H.O. Workers Are Accused of Sex Abuse During Ebola Response in Congo 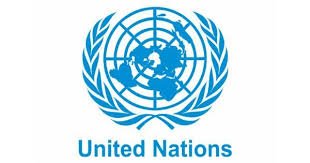 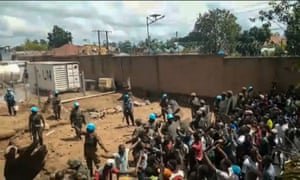 The United Nations. The health organization, which is still facing the global threat of reacting to the coronavirus pandemic, agreed to investigate women's abuse claims for jobs.

The World Health Organisation has been struck with potentially harmful accusations, still trying to steer a global response to the coronaviral pandemic. The agency's doctors and other staff engage in sexual activity following the Ebola outbreak in the Democratic Republic of Congo.

The New Humanitarian, a Geneva-based non-profit news agency, and the Thomson Reuters Foundation have released the results on Tuesday of a year-long analysis in which 30 of the 51 women surveyed reported male exploitation, which had begun in 2018, for the W.H.O. Ebola epidemic.

The WHO has said its leadership and staff have been angered by the allegations and vowed a "robust" investigation. It has an organization that claims it has a zero-tolerance approach to sexual harassment.

The W.H.O. said in a declaration on Tuesday about the study, "The betrayal of people in the neighborhoods where we represent is dismissed. "No one of our employees, clients, or associates tolerates such behavior," he said. "It is to be kept accountable with severe repercussions for any person reported as concerned, including immediate dismissals."

The accusations have reassessed the U.N.'s battle with the decades-old sexual harassment epidemic of peacekeepers in the wars in Bosnia in the 1990s and, more recently, in places like the Central African Republic and Haiti.

Many of the 51 women interviewed advised reporters that they were under pressure to give sex to workers at the W.H.O. and other foreign relief agencies and the Congo Ministry of Health. You felt the strain when you hunted for work, and often, people who declined terminated their employment, the women said.

Eight female health ministry workers have said they were exploited. Other men's meetings from humanitarian organizations, including World Vision, UNICEF, and ALIMA, have been registered.

Congo's Minister of Health, Eteni Longondo, told the inquiry that he had not received any harassment allegations from relief workers but that the allegations were too many and close to the reality.

Women said they were volunteered for jobs in workplaces, hospitals, and outside recruiting centers. One woman told reporters that sex was "a passport to the workplace." The practice was too regular.

Any of the women served as chefs, cleaners, or government staff who earned far more than the local average. One lady, a victim of the illness, said that after she agreed to attend a psychiatric therapy session, she was drugged and raped. Two women said their attackers were pregnant. At the same time, the respondents did not know all their attackers' nationalities. Men from western countries, including Belgium, Canada, and France, and people from African countries such as Burkina Faso, Guinea, and Ivory Coast were named.

They spoke with journalists under anonymity and said that, whether they feared reprisals, lost their jobs or embarrassment, they had not previously reported the violence.