Although the sequel doesn't seem to love a lot of people, I want to beg you to reconsider. The baby sitter Killer Queen was really a cool movie, and I'd push for anybody to watch it because the critic 's voice is actually quite nice. 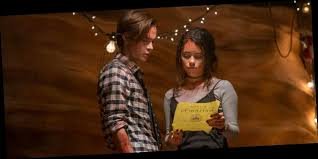 Killer Queen, two years after The Babysitter, sees Cole as a High School outcast with Melanie, his nice neighbour, who appears to have yet to crush him despite finding a meathead mate for herself. Two years after his film The Babysitter. Cole's social pariah status derives from the fact that all of her bodies and gorrhea of their acts had mysteriously vanished after Bee and her band of douchebag cultists were murdered, leaving everyone to believe Cole had made it all up

He is not even believed by his humiliating, goofy parents and even intends to send him to a special psychiatric academy. However, when  Cole discovers their plans, he decides to take Melanie to the rebellious offer of ditch school and spend the night with her friends on the boat. 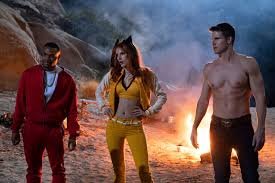 This movie is actually up for debate as to how good it is, so if you’ve watched tell me what you think but let me tell you some reasons according to WatchMojo why you shouldn’t believe the Rotten Tomatoes Score:

1. You can’t help but love Cole’s character as he is just an awkward teenager that rises to the occasion when needed.

2. Although the critics weren’t great fans of the movie, the audience see the movie as a great time, especially ones who watched the first film.

3. The soundtrack goes very well with the scenes and helps get into the mood and feel the scene as well. It has a more edgy and retro sounds.

4. The flashbacks, it helps to show the background stories of our favourite cult members, Max, Sonya, Alison and John and why they chose to take such a path. Cause I mean you have to be pretty desperate to make a deal with the devil and it all seems they were.

5. The use of dance and fight sequences.

6. The careful balance of comedy and “horror”

7. The returning cast, they were able bring back the older ones and help bring the lovable characters

8. The blending of the new girl to the already existing cast.

9. The creative way they all die, I mean they’re all exaggerated and humorous

Do you agree? Be sure to comment below, whether for or against it .

In My Opinion
Keeping Up With Generation Z
Comments