“You know, Lucifer used to be God’s favorite angel. Those were the days. I am the devil. I basic 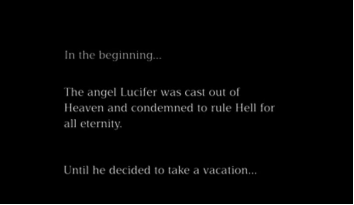 ally invented “Daddy Issues”, waged a war and then got banished to rule hell. Decided I needed a little vacation so I came to LA which is no city of angels as it is commonly called which is exactly what I was after. “ 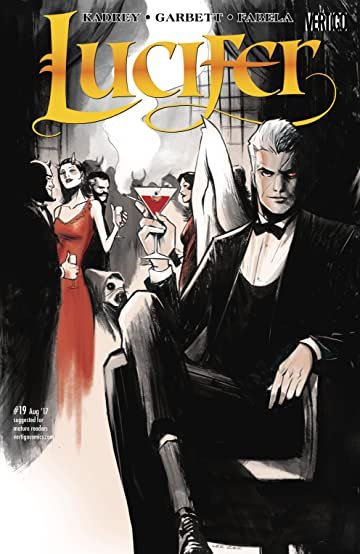 Lucifer the series is a very loose adaptation of the DC comic book, although a lot of changes were made to the live-action series. It seemed to have gathered more popularity than the comic book franchise.

Upon his arrival in LA, God sent Amanadiel, his brother to take him back to the underworld. In which Lucifer told him to remind dad (God) that he was sick and tired of playing a part in his play. He bought a bar named Lux and had a wonderful time partying with his demon friend Maze, annoying his brother Amanadiel. Then something unexpected happened.

Lucifer gets mixed up in a murder and helps an LAPD (Los Angeles Police Department) detective solve the case, Detective Chloe Deker, who he told that he was the devil on numerous occasions but she didn’t believe him, I mean, who would? 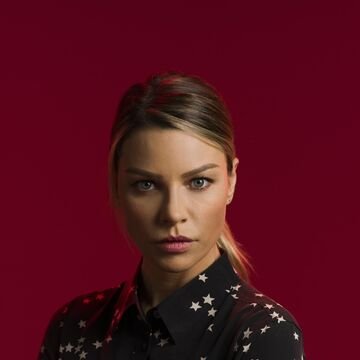 fer has the ability to draw out people’s most evil, deepest or carnal desires. He once tries it on the detective, when he also discovers that there’s something special about Detective Deker as she’s the only human he’s ever met that is completely immune to his mojo, as it is commonly referred to. 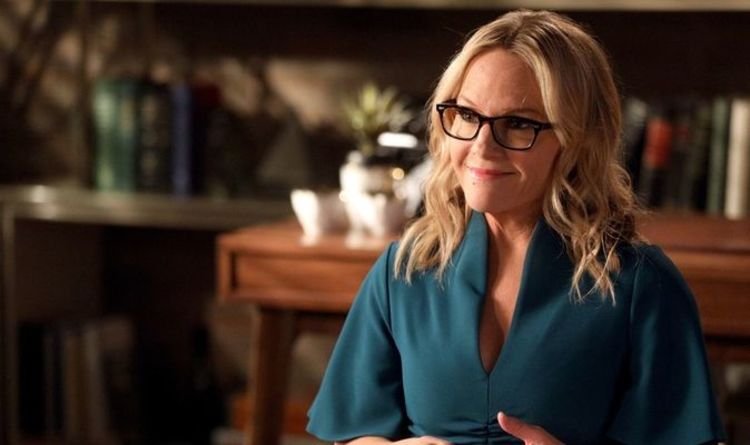 er gets a therapist , Dr Linda, to help him find a way to keep working alongside the detective which means he has to work with her ex husband, Dan, popularly called Detective Douche (which they have a child together called Trixie, who learns from Maze quite a lot) and a chirpy forensic scientist called Ella Lopez.

Things began to get even weirder when Lucifer’s mum, yes, mother (how did you think the big bang happened?) comes to earth and possesses the body of a well known Defense Attorney called Charlotte Richards after she escapes from hell. It is later revealed that his mum wants to go home, to heaven to be with God and reconcile her family, instead Lucifer 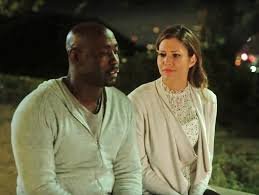 sends her into a time of nothingness, where he wants her to begin a new life. Apparently,Lucifer’s mum had an affair with Dan which the real Charlotte Richards continues with him. Charlotte is then shot and flown up to heaven by Amanadiel after regaining his wings.

The sci-fi series explores many areas of the supernatural by including people such as Cain, brother of Abel who was punished to roam the earth for all eternity. Cain comes under the guise of The Head of police in order to find a way to end his life, making use of Chloe and Lucifer to do what he wants. He eventually falls for Chloe making him not want to die anymore. Maze then takes it upon herself to kill 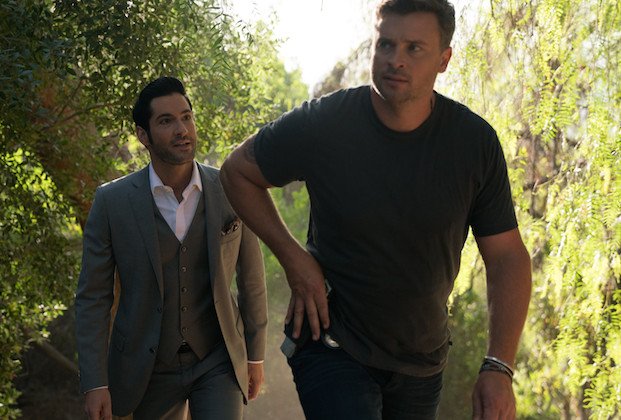 Cain and protect Linda from him.

After many episodes of wooing and courting the detective, she eventually falls for him until one day he may have messed things up. During an epic gun fight, Chloe saw Lucifer’s devil face and his wings which freaked her out and gave her 100% proof that indeed, Lucifer is the devil. Although this reaction was expected, as Lucifer had earlier shown his therapist his face which brought about nearly the same reaction.

Chloe in an attempt to absorb what Lucifer showed goes to Europe where she meets a priest, Father Kinley, who sees Lucifer as the end of all humanity and seeks to end him. During this period Amanadiel and Linda discover that their actions weren’t without consequences as Linda is pregnant with Amanadiel’s child. 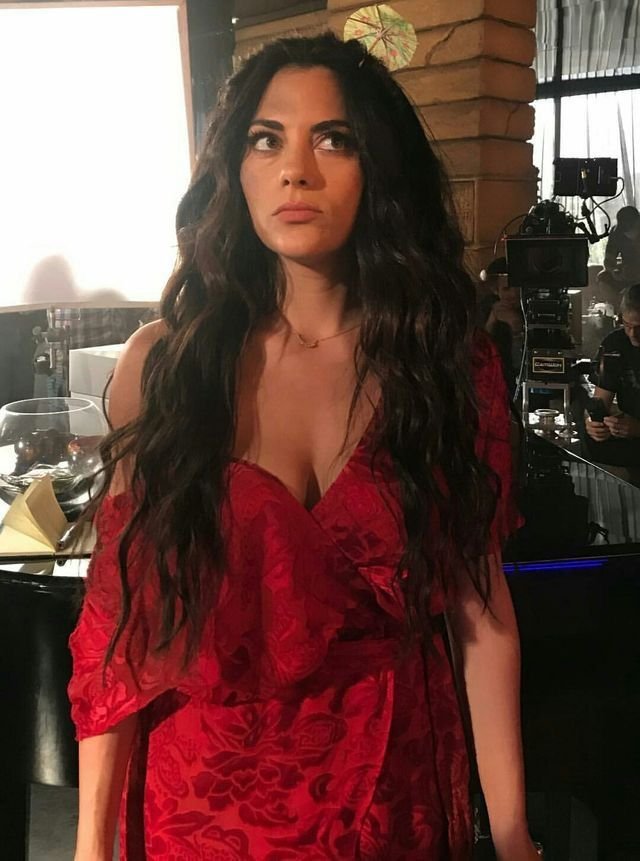 Eve, apparently returns to earth to meet with Lucifer as she is in love with him at the same time as Father Kinley’s prophecy says  “When the Devil walks the Earth and finds his first love, evil shall be released”. Eve and Lucifer then go into an official relationship as Lucifer is sad that Chloe can’t accept him for who he is while Eve can. Lucifer eventually breaks up with him and she spends the remaining season trying to get Lucifer to love her at the same time, Maze tries to express her love to Eve and hopefully get it reciprocated.

Eve, in a final attempt to make Lucifer love her and return to hell, kills Father Kinley and tells him to send demons to come and get Lucifer. On the demons arrival on earth they meet Lucifer and Lucifer tried to send them back, they refuse saying that they need a king. Lucifer then proceeds to make one of the demons king, but its not possible as the king of hell must be a celestial/angel. When Lucifer refuses to take his throne, they resort to kidnapping Amanadiel’s child, that's the closest celestial they can get.

Eventually Lucifer assumes his true form in order to get control of the demons and return them to hell. Amanadiel gets his son back and eve goes on a journey to find herself as she hates being reffered to as a subordinate to Adam. At the end of season 4, Chloe admits to being in love with Lucifer no matter the form he takes, but its already too late as Lucifer has to return to hell to contain the demons. And apparently Chloe is actually Lucifer’s first love.

The season begins with Lucifer in Hell, to us its been a couple of months but for him its been a lot of years. It shows Lucifer in someone’s hell loop, someone who he had helped while he was still in LA. The person wants to find out who killed him so Lucifer offers ro help in order to relive his days with the detective, who is also actually solving the case on earth. Lucifer sends a demon through a dead body in order to give the detective a lead. 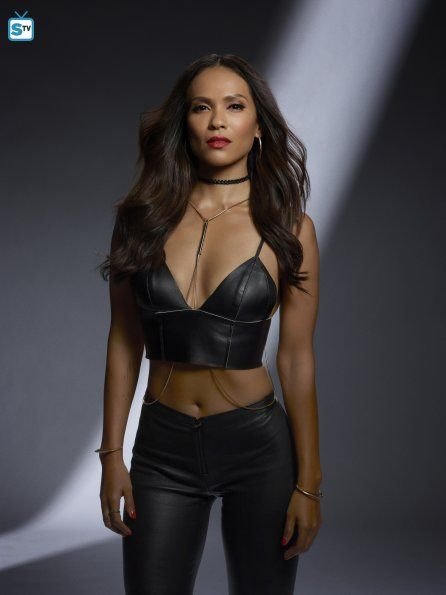 Chloe is ecstatic to hear from Lucifer and it I seen she is now working with Maze as they both grieve due to the leaving of Lucifer. In the middle of a gunfight, someone who seems to posses the same powers as Lucifer and looks a lot like him comes to save Chloe. Chloe rejoices as she thinks it Lucifer, only to eventually find out that Lucifer has an identical twin brother called Michael (who is actually Tom Ellis with an American accent).

Michael manages to wreak havoc in Lucifer’s life and he can’t afford to have that as we know it by being an imposter of Lucifer. His forst mistake being that he lies and we all know Lucifer never lies, he might only conviniently leave things out. That was the primary clue that blew his cover off to the detective. Lucifer returns to set things right, but it doesn’t seem enough as Lucifer himself discovers your desires; Michael, on the other hand, finds your innermost fears and uses them and pretty much-instilled fear more than ever into everyone, making everyone have second thoughts about Lucifer and his intentions.

Which all boils down to an epic fight being good and evil. For reals, who thought the devil and an angel will fight against an angel and a demon? Yup Mazeikeen fucked up by being so gullible. In this case, she wanted a soul. 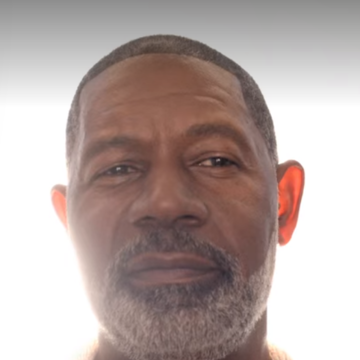 But who else solves family celestial issues, Daddy himself, “God” comes down to set everything straight when he discovers that his children are on the verge on killing themselves.

Season five isn't over yet , half of it being available on Netflix, the other episodes, all eight of them, will be available much later. Lucifer still has a lot up his sleeve and I can’t wait to find out.

But with its craziness, humor, funny sexual references, flashbacks, and all ill give it a 9 out of 10. Its good but you know for the devil he seems weak, and season 5 really brought out his human side, like ordinary how does the devil get jealous? Anyways it is a great show, and I recommend everyone to give it a try